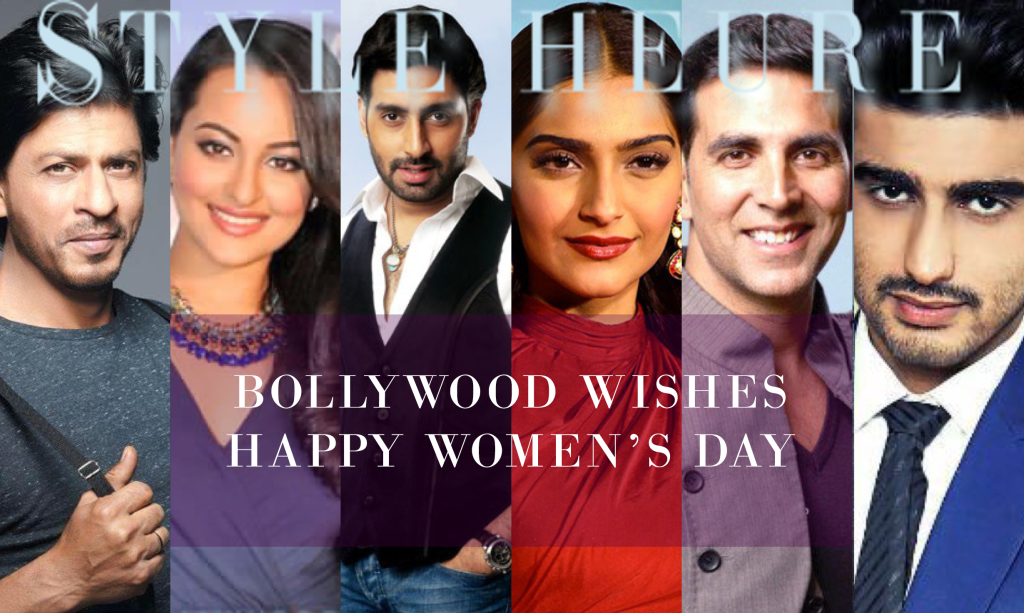 It’s International Women’s Day! STYLE HEURE believes every day is Women’s Day so keep celebrating!! And to all the ladies out there…..Happy Women’s Day today and always….keep shining!!

The day sure was a buzz in B-Town. Bollywood Celebs from Shah Rukh Khan to Sonakshi Sinha to Akshay Kumar to Arjun Kapoor took to social networking sites to convey their wishes this Women’s Day! 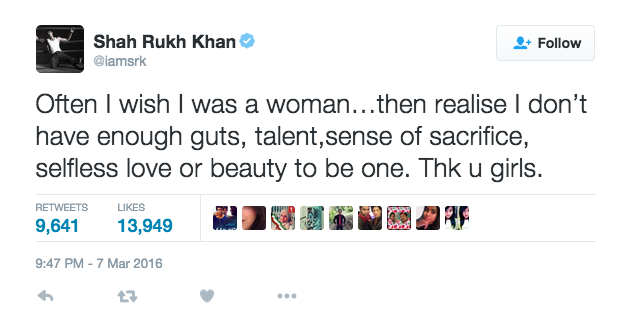 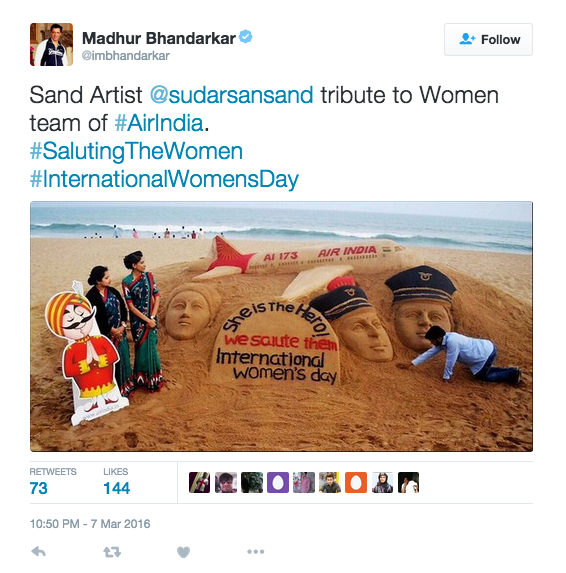 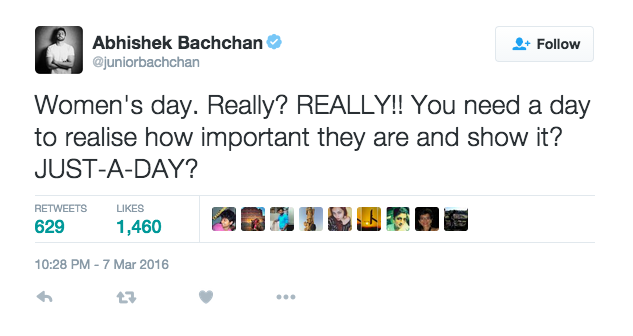 Farhan Akhtar tweeted the link to his song titled “We Are All On The Good Side” which was released on the occasion of Women’s Day, inspired by his 9 year old daughter Akira: 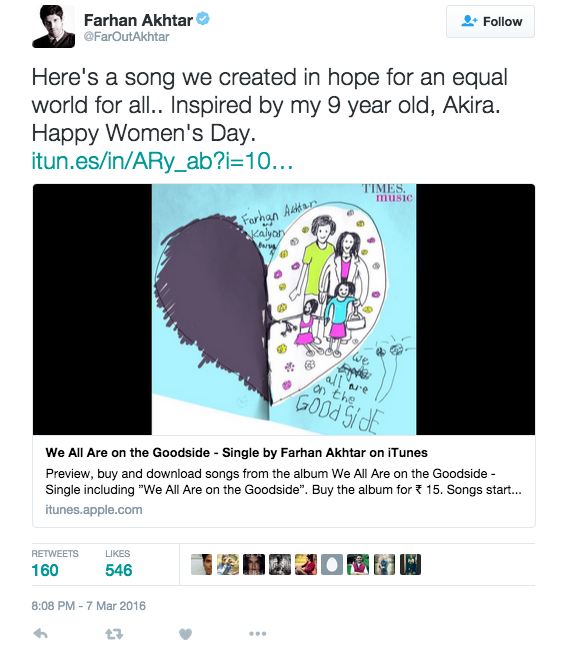 Priyanka Chopra who’s now creating a wave in Hollywood and all set to star in the upcoming “Baywatch” reboot movie tweeted: 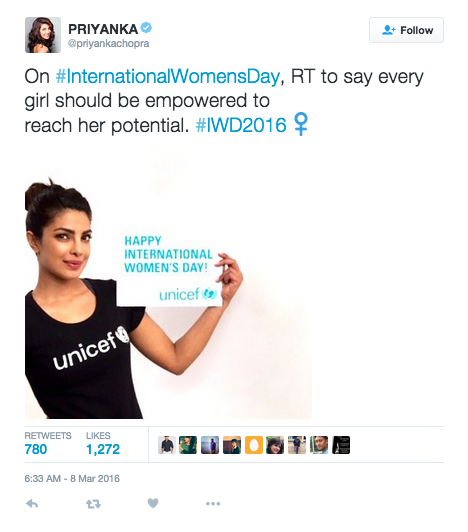 Arjun Kapoor whose upcoming movie “Ki and Ka” also starring Kareena Kapoor, directed by R.Balki, based on the concept of  “Gender Bias” tweeted a video message: 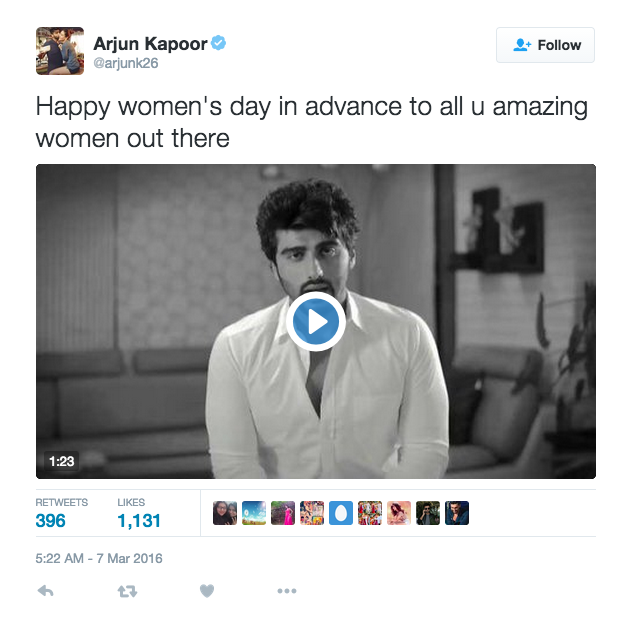 Sonakshi Sinha posted a video of the event initiated by the cosmetic brand Inglot, in which she participated with many women to set the Guinness Book of World Records in “Most People Painting Their Fingernails Simultaneously“:

So happy i got to spend Womens day with all you lovely ladies!! And we got to set a #guinessworldrecord toooooo!!! Woop woop!!! #inglotgwrchallenge #happywomensday #girlpower

Akshay Kumar posted a picture of him with his Mum Aruna Bhatia, Sister Alka Bhatia and Wife Twinkle Khanna, captioning it rather cutely: 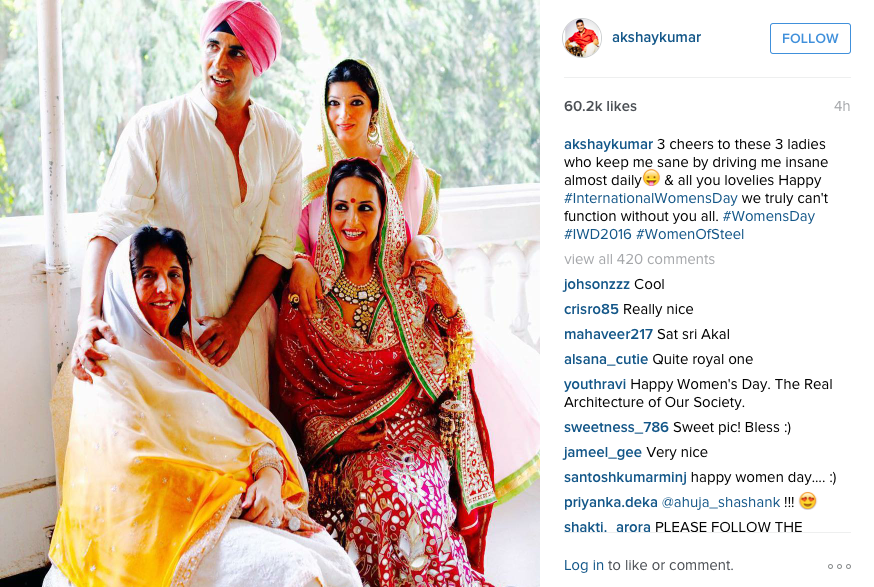 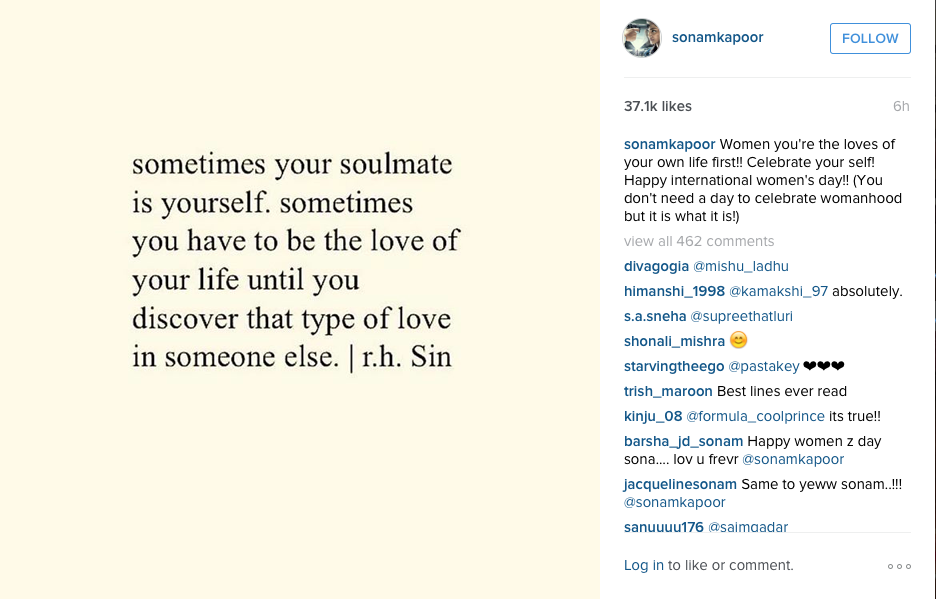 Shilpa Shetty posted a picture depicting some of the many roles of women: 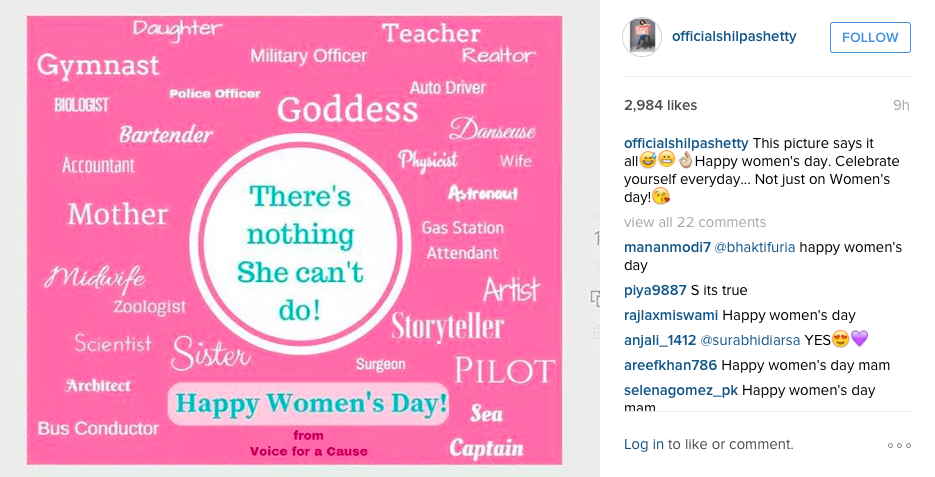 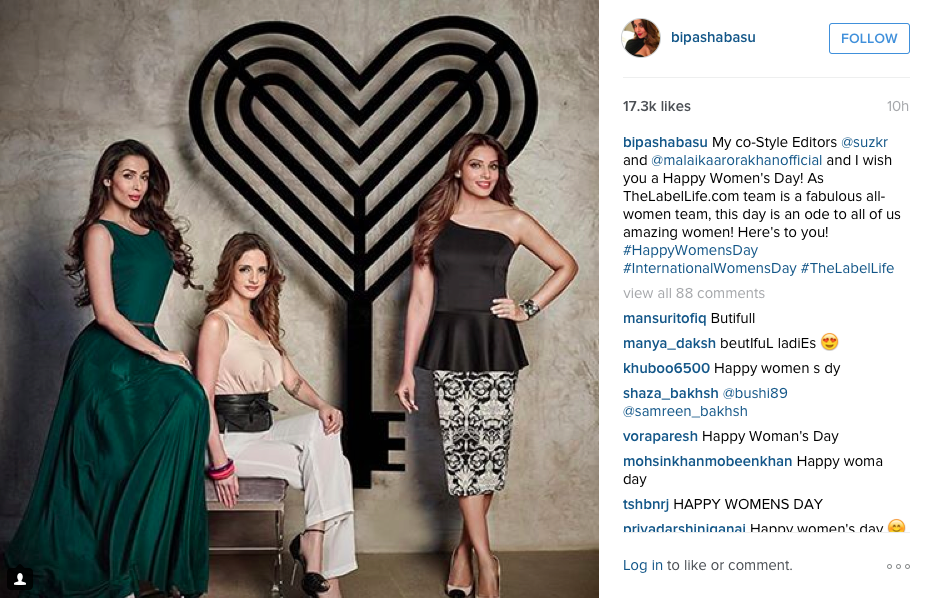