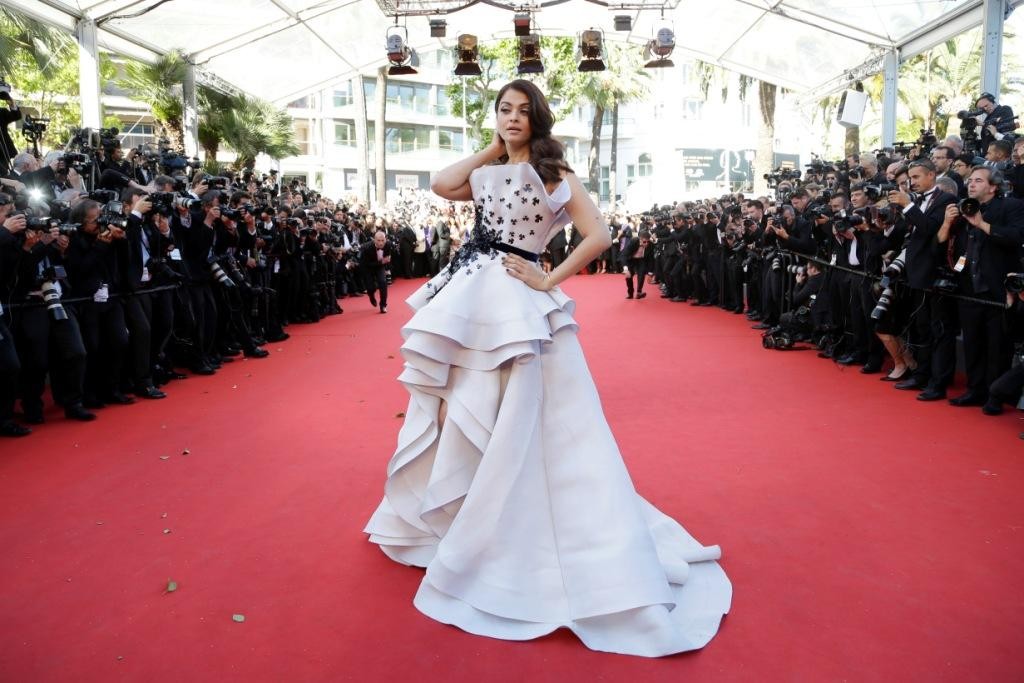 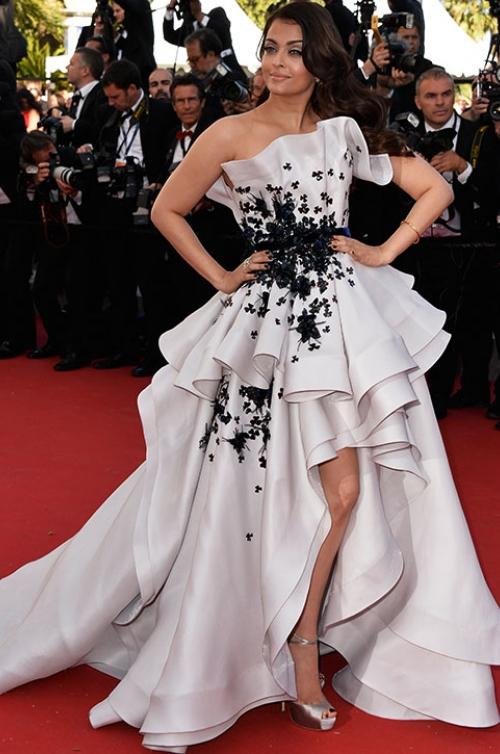 Aishwarya Rai Bachchan had a wow factor moment on Wednesday night’s red carpet.  This time round the gorgeous actress did not miss a chance to stun everyone in her chic white Ralph & Russo dress. After the red carpet event, Aishwarya took to Twitter to talk about her appearance and outfit

“Sometimes all a woman needs is a beautiful dress and high heels!” #AishwaryaTakesOver #HackTheCannes

MORE FASHION ON THE RED CARPET 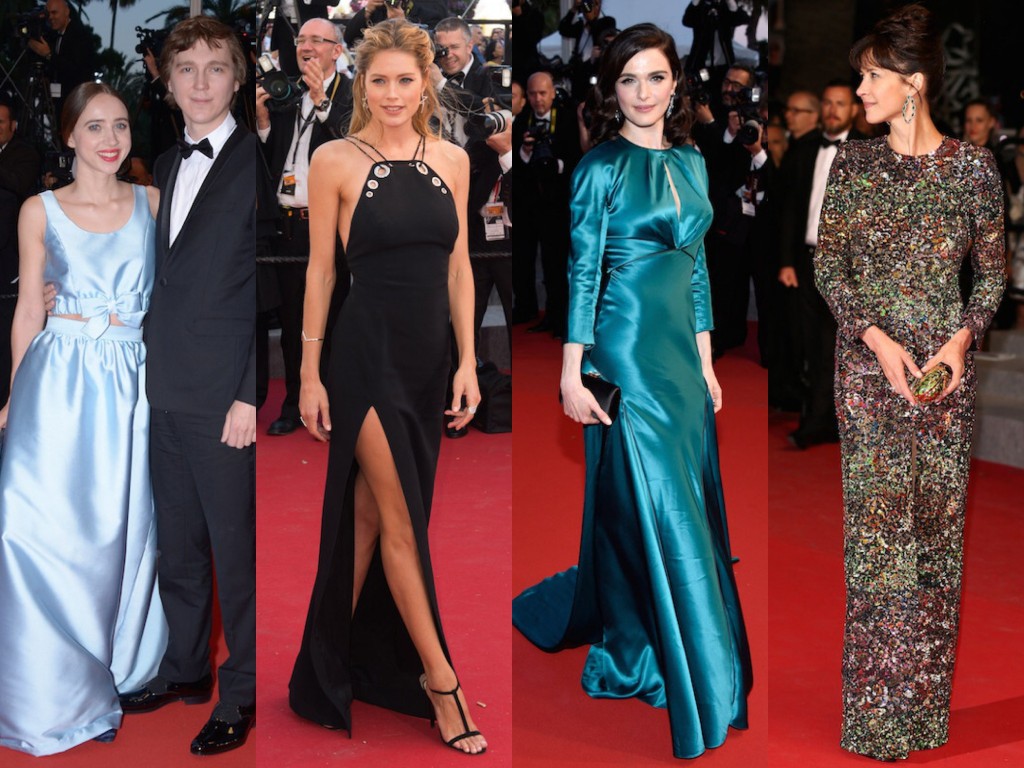 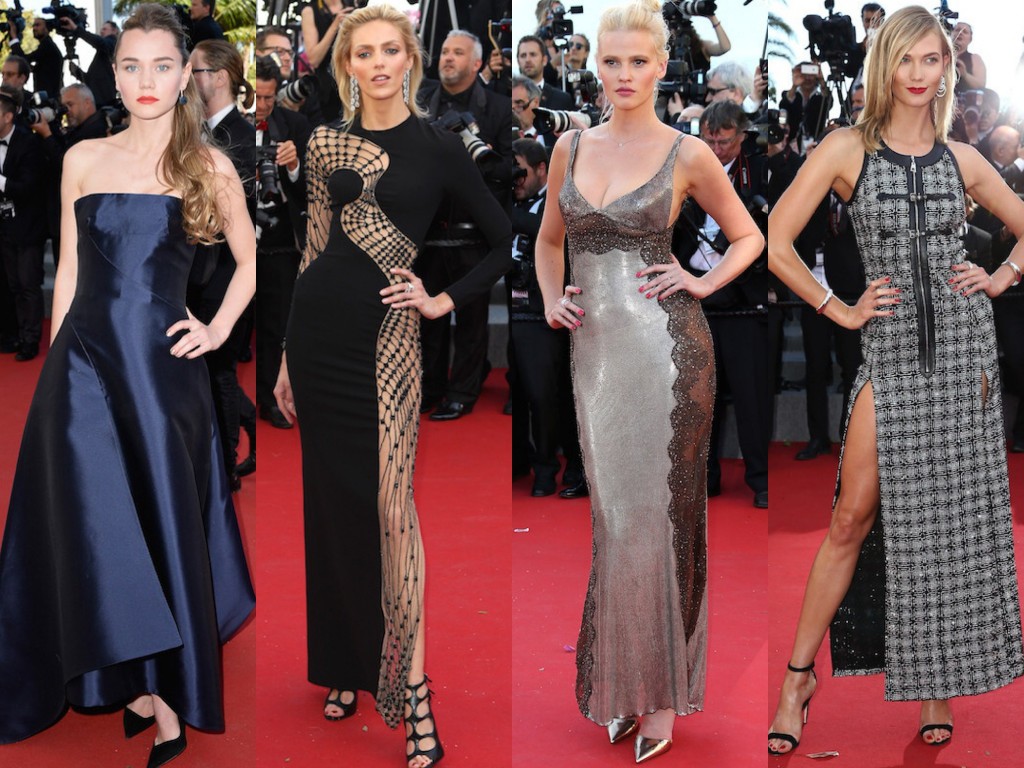 LATEST ON THE HEELGATE DRAMA – DAY 8

It’s rapidly become the most talked about story of the festival: Heelgate.
The latest in the controversy over whether or not women have been turned away from Premieres for wearing flat shoes rather than high heels. Here is the response to the high heels controversy from the festival press office:

“Regarding the dress code for the red carpet screenings, rules have not changed throughout the years (Tuxedo, formal dress for Gala screenings) and there is no specific mention about the height of the women’s heels as well as for men’s. Thus, in order to make sure that this rule is respected, the festival’s hosts and hostesses were reminded of it.”